NHS U-turn on tax for agency doctors and nurses

HomeBlogUncategorizedNHS U-turn on tax for agency doctors and nurses 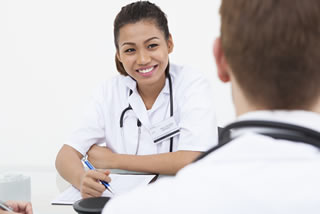 The NHS has made a U-turn over the tax affairs of locum doctors and accepted that some agency staff can still be paid through so-called “personal service” companies. There had been a revolt among temporary doctors and nurses after NHS Improvement, the health service’s regulator, insisted that all agency staff should be taxed as employees, levying income tax and national insurance up front. NHS Improvement has now said this rule should be applied on a case-by-case basis. The row followed April’s introduction of rules designed to stop “disguised” employment by making the public sector responsible for enforcing anti-avoidance rules, known as IR35. Although genuine freelancers are still able to save tax and national insurance by selling their work through personal service companies, the crackdown is expected to collect £200m of extra tax from tens of thousands of workers. The Locum Doctors Union, which had threatened legal action in the form of a judicial review, said the regulator had backed down because its instructions to the NHS Trusts to impose IR35 on all locum staff in a blanket fashion was unlawful. Marie-Noëlle Lazaridou, a locum consultant ophthalmologist, said: “It is indeed a pity that NHSI chose to do this in the first place. This resulted in many doctors stopping work, as it simply was not economically viable for them to continue working; many are still off work at a time when the NHS is desperately short of staff. “Locum doctors working through their limited companies are self-employed and do not have any of the numerous benefits enjoyed by substantive NHS employees. The vast majority will fall outside IR35 and we sincerely hope that NHS Trusts will act quickly to correct this injustice, so that we can all go back to work and do the job we were trained to do, that is look after our patients.“ The General Medical Council last month warned that any locum doctors engaging in “unreasonable withdrawal” from work could exacerbate pressure on health services and potentially risk patient safety.  NHS Improvement denied it had bowed to pressure but said its earlier interpretation of the rules had not been accurate. “Our updated guidance encourages trusts to seek expert advice or approach HMRC in cases of ambiguity”. Hospital managers are concerned about the extra administrative burden that will result from the change. Chris Hopson, chief executive of NHS Providers, a trade association for NHS trusts, said: “NHS trusts will now have to carry out a case-by-case assessment for each agency worker which will create extra work just at the point when pressure is rising and the NHS needs to focus on delivering excellent patient care.” Dave Chaplin, chief executive of Contractor Calculator, an online portal for contractors, said: “We have heard countless stories of private firms trying to lure locums to the private sector only for the NHS to increase the locum’s rates to counter the effects of blanket decisions. The IR35 reforms have been tantamount to a massive extra tax on the NHS and have led to utter chaos.”